I haven’t written one word – save for blog posts, FB and Twitter updates, and the occasional short email – in three weeks.

I’m editing. I’m actually in the easy stage of editing, where all the major changes have been made and the end is in sight. I should be able to tackle this no problem, right?

Unfortunately, editing is also the tricky stage, when I need to focus all my attention on the task before me. Which means I can’t do it during the day, when the kids need me. Even putting on a movie doesn’t help (yes, I do resort to that sometimes – I never claimed to be Supermom), because I’m still in “mom” mode, not “writer” mode.

Up until the plague sweeping our house, I had been getting to the library for an hour on Fridays after Carl got home, and even that one hour of writing a week was fantastic. But with at least one of us being sick for almost the entire month of February, that just stopped happening.

Editing in the evenings, after the kids are in bed, you suggest? Yes. I should do that. I often have grand plans throughout the day of doing that. But usually by the time 8:00 rolls around and the kids are asleep, all I can do is curl up in the recliner and read fluffy books. My plans of a winter spent delving into different mythologies has fallen through, too! I’ve fallen back on comfort reads, Agatha Christie and Patricia C Wrede and Miss Read. All good books, but none of which require me to stretch my brain.

Which means, of course, that even now that we’re all (rap wood) healthy again, and I could be working on the MS again, my creative muscles have fallen out of use, and my natural laziness is creeping back to the forefront of my personality, instead of locked tightly in the back, where I usually try to keep it contained.

So I write this blog post in hopes that by being honest and open about this, it will trigger something in me, maybe even that famous stubbornness and contrariness that I’m known for throughout my family and friends, and I’ll start writing again immediately after posting this.

Even though I haven’t been writing/editing, I have started exercising some of my creative muscles again recently. See? 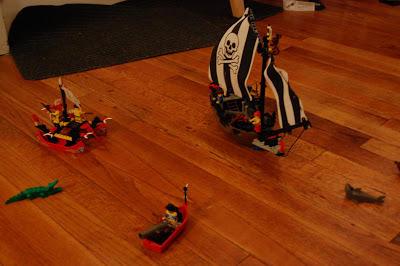 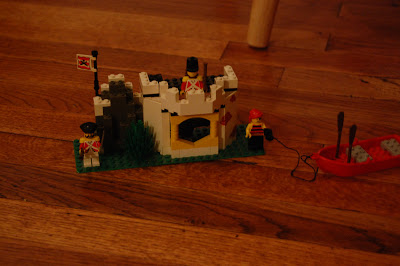 Now I just need to translate that into writing! Hmm … maybe if Maia had to deal with pirates …