Two years ago, I published my second novel, a short space opera titled “From the Shadows.” It was my first time doing my own formatting, and while the finished product was acceptable, I was never thoroughly happy with it. As time went by and I learned more about the craft of self-publishing, I began to see the errors I had made, and how to fix them. I wasn’t sure, though–was it silly to release a second edition only two years after the first? Would readers even care? Was it worth the effort?

In the end, the questions boiled down to this: did I care enough about this story to make it the best I possibly could, no matter how difficult or awkward it might be.

The answer, after a lot of soul-searching, was yes.

From the Shadows has never been a popular book. I get far more requests for the next Whitney & Davies book (it’s coming, it’s coming) than I do a sequel to From the Shadows. I doubted it had a fandom that would be at all affected by a new edition.

But I love this story. I love the characters, I love the theme that surprised me by weaving through it, I love the adventure, I love the world. This story meant something to me. It still does. I knew that I would always be unhappy about it if I knew I could make it better and didn’t.

So, I got to work. I reformatted. I went through and eliminated a few typos that had slipped through (there are always typos that slip through). I took out dozens of “justs” and “verys” and my other nemesis words that also always tend to slip through. I included a short story at the end, because if I’m already going to all this work I might as well include some new content, right? I kept the basic cover (because it’s gorgeous and I can’t imagine a better one) but updated the title and author font as well as the back copy.

It was tedious work, but I found I didn’t mind. In fact, going through the book with a fine-tooth comb was even joyful. It felt like getting reacquainted with old friends. I fell in love with the story all over again.

I received my proof copy in the mail today, and I’ve begun the process of retiring the old paperback so I can bring out the new one, as well as updating the Kindle edition (which will carry through to the other retailers as well). I’m hoping to have everything up and running by November 30, two years minus one day since the book first came out.

I hope it makes even more friends this time around, and that readers will fall in love with this world and these characters just as I did in writing them. 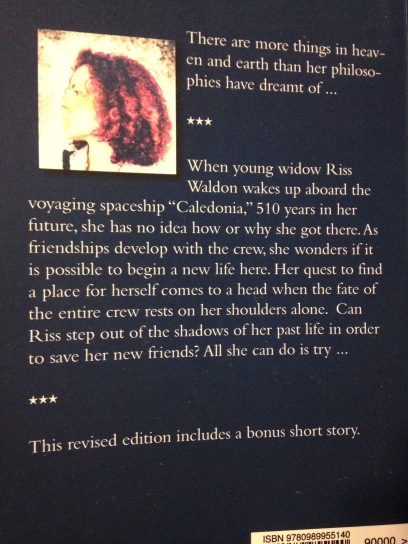 3 thoughts on “From the Shadows … Again”